Day 11: Get musical by building a Spotify application

So, you have recently heard about the new Spotify Platform? The new app platform built around everyone’s favourite subscription based audio service. As with all new platforms, developers can’t wait to take Spotify apps for a spin.

But what if you want to start developing Spotify apps before they give you developer access? Well that is relatively simple. The Spotify platform is built on top of Chromium. Which as you probably know by now uses the WebKit rendering engine, which means you can test your apps visually just using Google Chrome.

OK, so now you have developer access or at least a vague development environment. Now you want to know what features you can use with the new Spotify apps. To begin with let’s discuss the features of the rendering engine.

From speaking to other developers the HTML5 features that they most hoped for in Spotify are WebSockets, Canvas, Audio API. The good news is that both WebSockets and Canvas are supported. However the bad news is that the Audio API is not supported and as it happens neither is the audio element itself. This unfortunately means that the ONLY audio you can play through your app HAS to go through Spotify itself.

Although the Audio API isn’t supported. Spotify developers have been working on providing audio data access from within apps. I was luckily enough to see a sneek peak at Music Hack Day London recently, where one of the devs showed off a simple levels visualiser. He told me that he will try and get it into the stable build as soon as he can and the product manager was also keen to enable this feature. So fingers crossed it will arrive in the coming months.

For a full list of HTML5 feature support, check out Spotify’s official page within their developer build of the app.

So what can you get from the API? Check out their docs for more info.

One major thing to bear in mind is that Spotify is a global app. But their tracks are not global, so for any kind of track usage you need to check to make sure the user CAN actually play the track that you want to specify.

There are two APIs that Spotify provider for you to use, the Apps API, and their Metadata API. The Apps API is for information mainly about the spotify player and app itself. Where as the Metadata API is for searching and retreiving data about particular artist or tracks.

For this demo, my app will also use the Echo Nest API. We will find out what the currently playing track is, and then cross reference with Echo Nest to find similar tracks. Once we have found the similar tracks the user will then be able to click on them to play them in spotify.

What is Echo Nest?

The Echo Nest knows more about music content and consumers than anyone. Their platform opens up this dynamic music data to any developer through their easy-to-use, real-time API. They provide information about tens of millions of songs and millions of artists.

Spotify uses Echo Nest to power their own radio.

So let’s crack on and make a simple app

Let’s start with where to create this project.

On a mac, you need to create a new folder in your users home directory, called Spotify (~/Spotify) [NB: it is case sensitive].

On Windows it is My DocumentsSpotify

Inside this folder, create a folder for your project. In the folder you NEED 2 files, index.html & manifest.json

For sake of ease I am also using jquery in this demo.

The manifest.json file consists of a json object containing data about the app.

One huge point to note in the manifest file, is the RequiredPermissions array. This array contains all the external domains that your app needs to access via AJAX etc.

An annoying bug with Spotify right now, is that if you change your manifest file, you also need to change the directory of the app.

In your index.html you have a standard html body structure.

There are 2 default css files provided by Spotify for native UI elements:

Then in the <body> my only html is an unordered list of id results this is a list for me to dynamically insert list items containing links to suggested songs.

To load the app into Spotify itself, via the UI, search for spotify:app:appNAME

Now we want to get access to the Spotify Apps API:

Now we want to find out what the current track is:

So, we know what the current track and artist is, we now need to fetch from EchoNest suggested tracks.

So we now have the data for each suggested track, such as artist and track name. From this, we need to obtain a spotify track object from this information. Spotify has a Search model built into it’s API. We use that to find a spotify track.

So we now have suggested tracks, and spotify tracks, and we know if they can be played in the current country. The only left to do, is set them to play when clicked on.

Finally we need to piece it all together and get it to run each time the song changes, or on first load.

We now have a very simple app that uses the Echo Nest API to list suggested tracks based on the current track played.

To view the source code and download this demo app, you can get it from my github account.

I have also extended this demo app to create a much nicer UI and a more fully featured version. This can be found on the “swanky” branch on github. 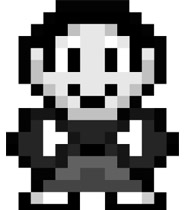 Freelance developer, part time lecturer and recently called a modern superhero by geek.com. Syd loves making things. He has been known to tinker with a wide range of technologies including, html5, javascript, apis, mobile apps, and kinect hacks. Recently described by The Next Web as a "UK based web guru" *eurgh* and is currently on the ArtSpotter team, and SearchInstagram team.