Computing education. We’re told it matters; and yes, yes it does. But think about the things we experienced in our childhoods and how they shaped who we are and what we have become; and from that: does making it about the technology actually matter?

As parents we have spent the last decade (or so) being told that computing is called “Information Communication Technology” (surely in itself an oxymoron?), and that its got everything in it that our children need. And whilst households that are tech savvy are “OK”, because we have enough other access and exposure around to ensure that our children have learnt not just the basic “office work” usage on offer (indeed mandated by the curriculum from the late 90’s onwards under the stewardship of one company and one operating system), but have had greater chances to explore the back end of the products. Allowing our children to see and to understand (in principle if not in practise) everything that goes into making the software or the websites that we use (if not daily, then often).

With the advent of the upcoming curriculum, this situation should finally be changing.

I think that as technology creators, we have more in common with “children” now than often with others in our own age groupings who work in other fields. Because of this we are a fairly small “set” and often have a clear idea where the skills we use in our technological creation and learning are coming from. I don’t believe that learning to code at five is going to be more useful than learning to code at 15 (or 55) but that for a lot of children at the moment, there aren’t often useful exposures to the “other” less or intermediately technological things that build the same neural pathways and skills that coding uses. This leaves coding less as a skill in and of itself, but as being a replacement brain builder for the handcrafts, music, cooking, or sporting activities that we took part in in primary age settings, and that helped us with the later mathematics that laid the foundations for our later still coding, data manipulation, and electronics.

So what did we do instead? Soft skills that give/gave us an understanding of the physical world around us – cooking is a case in point. The lovely Usborne cookery books that are pictures and numbers, with accompanying words/instructions. A morning spent at The National Museum of Computing, was all it took for me to see the examples of the archival 80’s (Usborne) “children’s” programming books that they have there – big bold pictures, laying out the code in a separate type face or boxed out, to make it clear; and in doing that utilising a methodology seen in cookbooks and other instruction manuals of the time. As well as in the manuals and instructions seen in craft books created for the Japanese market place now (seriously – a good Japanese craft book has enough in the way of picture/photographic instruction that a reasonably competent crafter or maker doesn’t need to read the kanji to make the item); and widely aped by websites like Instructables and Make. What all these things – then and now – recognise, is that learning needs to be more than a simple cerebral experience, that motion/flow on the page creates motion in the head/eyes, and eventually adds up to a physical experience that we can draw on, that we can hang a mental picture of how the world works, and build a mental picture of a virtual world that we then feel ourselves using. A kinetic experience on which to hang the thing that we are typing into the computer, or selecting on screen. What could these be?

In literary or web forms – that is not about computing:

Recipes that use proportions over weight are excellent. Most USA written recipes are in proportions, and these make it relatively easy to try with different sized containers to make more, or fewer, in number of the final thing. Plus its edible, so…

Origami. Again it is about following instructions and getting a final thing at the end. There is a code in the way origami is written down, use of terminology, symbol and pictorial instructions. Plus proportions can be directly experienced, both in the use of mathematical method (quarters, thirds, and the like: estimation) as a visual medium; and in the ability to start with a bigger or smaller piece of paper and see how it all ends up. The books/kits produced by Dover Books, and the store Muji are relatively affordable and contain enough information for variation to occur when the basic models have been worked through. Or you could look at the instructions for the Miura fold or at this from TED (yes, I said not computing… this is mathematics :-) )

Knitting/Crochet can really hit the spot as they have a code/language all of their own. Personal experience is that moving from ready reading of k2p1 to algebra, and other languages (ravelry.com if you want to see further examples of pattern methodology). There is even a lovely site that takes a picture and enables you to compute a pattern from a picture.

Self working card tricks that are based on a mathematical model – an expression of algorithm in practise (books from Dover books by Karl Fulves for a selection). The most basic of these is the convoluted and long pattered 21 card trick (in the book at the very top of that listing, and also to be found in the Gyles Brandreth magic books of the early 80’s, sadly now out of print) and once you understand how works with 21 cards, you can take the formula and slide it up and down the scale so that the trick still works with more cards, or indeed with fewer. Magicians have won competitions with the 15 card version of the trick.

A flaw in the new curriculum?

In the curriculum changes there are already other countries aiming to do “coding” at young primary age – Finland is a case in point (and the article references Estonia as well). Although it needs to be remembered that both countries start their schooling at a later age point than we do here, even whilst their formal childcare systems start at around the same age.

It’s all very well learning the code skills, but the reason the curriculum needs to explicitly include it, is because we have edited out the kinetic activities that build the brain connections needed. The kinetic elements of learning are the building of physical forms and needed to enable visualisation of process to happen. So that then we are able to go from the end product and back again, being able to relate it to the original. But what we forget is that once laid down, the thing about kinetic to cerebral processes, is that we can maintain and learn them anew throughout our lives; meaning that its never too late to use them to learn other skills, to expose ourselves to new sights and sounds (like languages and music!). Even if we do not learn to reproduce them ourselves, repeated exposure creates a pathway, extra neural links. So even though it may take us longer (because we need to overcome age related loss of brain, body, or neural plasticity) it can still happen, lifelong; because we are physiologically wired to do so. Getting code skills, or general computing skills, in at an early age also continues the glorious slide into gender neutrality – that computers are for everyone. I’d argue that getting hand skills, craft skills, the kinetic set in also does this, its a win for all presentations of self.

Not least we should all be in favour of the skill set being learnt at an early age simply to avoid the constraint on future learning that it not being there, that the absence of other ways of building the algorithmic and process understanding that cerebral kinetic skills will bring. Because where households are less technologically inclined, there exists, as there did with the children programming the video recorders of the late 20th century on behalf of their parents; a need to make sure the children now and soon have the capabilities to subvert the controls that other sectors seek to build into the current and future technologies we buy, use and subscribe to.

Because simply learning “how stuff works” is life affirming in itself. 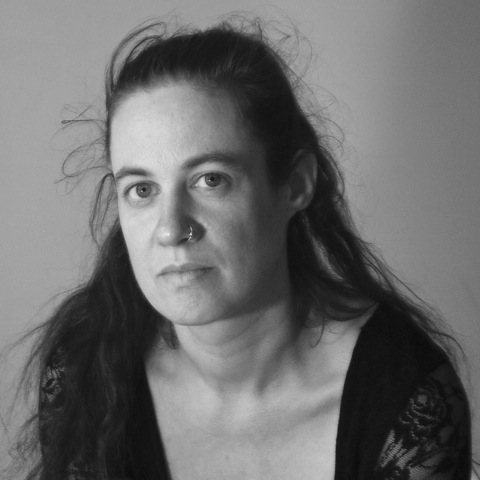 Helen Armfield (aka Littlepurplegoth) started meeting people & building communities off and online in the 1980’s, via the mediums of gaming, gigging & gin. These days she writes for money, & is a performance artist for fun; or vice versa. Either way gin, gigs and gigabytes are usually involved. Oh, and coffee. That flows in her veins.