Day 11: Creating your own Franken-butler with Hubot

Hubot is a highly customizable chat bot written entirely in Coffeescript (don’t worry – you don’t have to know Coffeescript) and Node.js.

This means that if you know a bit of JavaScript, you can create your very own robot that – with a bit of imagination – does whatever you want it to. Plug in the fact that it’s also built with Node.js and a whole new world of possibilities opens up to you thanks to the more than 52k† modules available via npm.

† At time of writing.

I could go into the nitty gritty here, but the official getting started guide will walk you through all you need to get started with a basic bot. With it comes a whole host of very useful stuff like finding images, translations, and finding youtube videos.

Because Hubot is written in such a way as to be extensible, there is an entire repo dedicated to community scripts. There’s even a great site listing them all for a touch more convenience.

A few examples of what you can find:

Installing these – if you could even call it that – is unbelievably simple. In your project directory, there’s a file called hubot-scripts.json which is just an array of strings. To add a community script, simply grab the name of the file that you want (without the .js or .coffee extension) and put it in that array. Next time you start up Hubot, that script will be active.

Note: Some scripts require a bit of configuration. This is usually set up in a .env file so make sure you’ve added the necessary config there and run source .env before starting up Hubot.

An example section of an .env file looks as follows:

Or: The fun stuff!

As mentioned above, Hubot is written to be extensible and all you need is a bit of JS knowledge and you’re good to go!

The very first thing I recommend doing is giving your Hubot a better name… let’s go with “Alfred” (because Batman). All you need to do is pass an extra --name command line argument as follows: bin/hubot --name Alfred. From now on, we’ll refer to our Hubot by this name.

So let’s get customizing… the basic formula for a Hubot script is as follows:

At the top, by convention, is a comment that usually looks similar to the following:

Each script then needs to export a function as follows:

Note: The official documentation (and therefore most scripts) use robot where I’ve chosen to name the argument passed to the function alfred as it makes the code easier to read.

Now, to make Alfred useful there are two commands that you’re going to be using: hear and respond. Both of these take a string (or more usefully if you prefer, a regular expression) and a callback function. The difference between them is that:

The callback function will receive a msg object which lets you tell Alfred to do one of three things:

And that’s it! Here it is in action:

P.S.: Alfred’s response to the last query begins with Shell: because I’m running this from the terminal. Normally, this would be the username of the person being responded to.

Currently, the only way to directly tell Alfred to do something is by using the respond function. This means that you need to begin your sentence with his name which tends to sound rather unnatural after a while: “Alfred make me dinner now!”, “Alfred prepare the Batmobile.”, etc.

One quick fix I use for this is to create a variable that can be used to identify him using the hear function as follows (note that I use a string which we’ll use in a regex to account for both his name and any alias we might decide to give him using the --alias command line switch):

It’s perhaps not the most comprehensive example, but it should give you a good idea of how to start making conversation with Alfred a little more natural.

Did you notice the isBatmobileReady function by the way? Don’t forget that this is all just good old JavaScript.

IRC where this is going…

As groan-worthy as that heading is, putting Alfred in an IRC room is extremely useful if you have one open all day anyway. I tend to have Adium open all the time so for me this was a no brainer.

To do this, we need to update the hubot-scripts.json with the IRC plugin by adding "hubot-irc" to the array in that file.
Next, you need to update your .env file with the following required config (filling in the necessary details):

There are a few more configuration vars you can set such as HUBOT_IRC_UNFLOOD which helps prevent “flooding” the channel with messages by pacing the sending slightly. Don’t forget to run source .env after adding any configuration like this before running Hubot again.

One last thing you need to do is make sure to pass an extra parameter when starting up your Hubot as follows: bin/hubot -a irc --name Alfred

Check out the official getting started documentation if you get stuck.

This is what it currently looks like for me:

Notice that the last response now has my correct username.

“Git” Alfred down to business

Remember earlier where I mentioned Node.js modules? We’re going to make use of one of them called gift to allow Alfred to manage some Git repositories for us. Make sure to follow the installation instructions to get it set up in your project.

Since this is all just regular old JS running in a Node.js environment, to include it within our hubot script, we simply add the following to the top of the file:

Now let’s make use of some of what this module lets us do by having Alfred check the status of a repository. Let’s assume that the repo is going to be in /var/www/. Here’s what our log function might look like (I know it may look scary, but we’ll break it down below):

To use this function, we’ll make use of a simple respond:

If you want to know what that regex is doing, this should give you a good idea. Suffice it to say that the 1st thing it captures is the number of commits, and the 3rd thing it catches is the repo to query.

As promised, let’s step through that log function and see what’s going on.

Finally, this is what the above script looks like in action:

As Alfred himself once said:

Sir, as loath as you might be to hear this, I do not intend to spend the rest of my life playing nurse.
Alfred Pennyworth (New Earth)

Indeed, and now you hopefully have the know-how to teach him to do so much more! 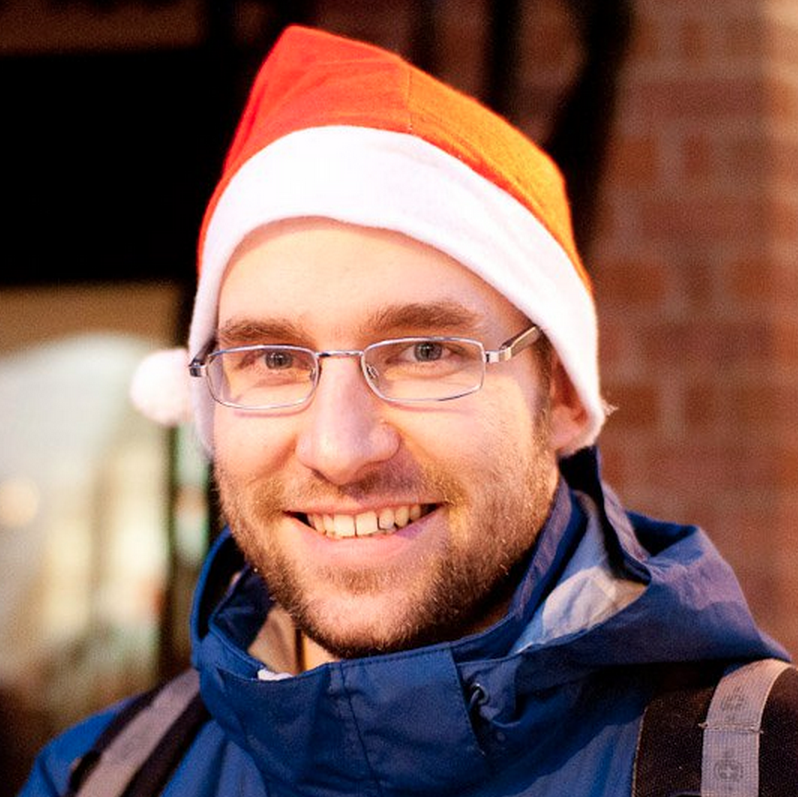 I'm a Christian, husband and father, front-end dev, gamer, and all around tech nerd!