Day 4: Gender representation on the web and in forms

As web developers, we collect a lot of information about users and it’s important that we do this in an inclusive and sensitive manner. This article aims to explain what we mean by gender variance, specific issues trans and non-binary people face and how we can design services to help them.

It is difficult to estimate the number of transgender and non-binary gendered people in the UK but current figures suggest that between 1 and 5 percent of the population experience some form of gender variance. This number will be higher in areas such as mental health and social care.

What is gender variance?

There are several forms of gender variance. Intersex is a term used to describe people who have genetic or physical conditions that don’t fit into society’s typical male or female definitions. Transgender people are people who transition from one gender to another, this can be through the use of hormones, surgery or gender expression. Non-binary refers to people who identify outside of the male/female gender identity. They may identify as a mix of male and female, as a third gender or they may not have a gender at all.

People who have a gender identity that aligns with their physical sex are known as cisgender, from the chemistry term cis which means ‘same’.

What issues will we need to consider?

Privacy is paramount for gender variant users. To begin with, a lot of gender variant people may not be ‘out’ at work but may be at home, or may just be out to friends. This may mean that users have inconsistent gender data if you operate many services, especially if your method of collecting gender information is inconsistent across services. When Google switched to using Hangouts for Android, some transgender people were outed to their employers when their personal and work accounts were merged in the single application. This can cause great emotional distress and put vulnerable people in danger.

What can we do?

These are some brief and simple recommendations that you can put into practice that will help make your service as gender inclusive as possible.

Why are people asking about gender in the first place?

Advertising is the big one. This is why Facebook still make you register with a binary gender despite allowing you to have any gender you like on your profile. When you create a Facebook page you can choose to target users based on gender.

Obviously everyone is covered by the ‘All’ option, but what if I want to target non-binary users, or everyone except cisgender men? Gendered advertising is easy but not very effective. Twitter doesn’t ask users about their gender but infers it from their interests and followers; this means that women interested in technology will receive ‘male’ adverts.

The other reason a lot of people talk to me is about demographics; in order to track diversity lots of organisations may want to ask about gender, sexuality and race. Technology is heavily skewed towards white straight cisgender men and many companies want to fix this, but can’t if they don’t know the demographics of their users. For example, 24 Pull Requests show a random selection of their 9,000 participants on their website. They do not ask about gender and the selection is random, and so the odds of it being male-dominated is fairly high. This may lead to possible female participants being put off joining in. In this case, it is acceptable to ask about gender as long as

You may need to ask about gender for many reasons; integrating with third parties or for legal reasons. If so, you should document exactly why this information is required, who in your organisation will use it and how they will use it.

Best practice is not to ask about gender at all unless there is a justified case. Current guidelines from the Government Digital Service and the Government Equalities Office advise companies to be very clear in their reasoning as you may fall foul of UK equality law. If you must ask about gender, you should ensure that all users are catered for and that non-binary or transgender users are not left out by your forms. 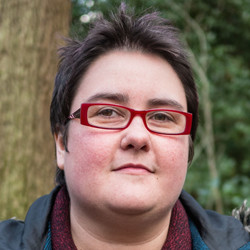 Claire is a Ruby on Rails developer for Yoomee in Sheffield. She is a strong believer in software for social good, and designing for inclusivity. She is also a Code Club volunteer and occasional event organiser.